With the current prices of hay and the lack of grass in our own pastures, we've opted to move two of our cows to some pasture land in Mathis.  The twins are hang out with my brother-in-law's cows and we also hope that they will get bred in the process.

Here they are just before the move.  Getting big aren't they?  They sure are a pretty set of heifers. 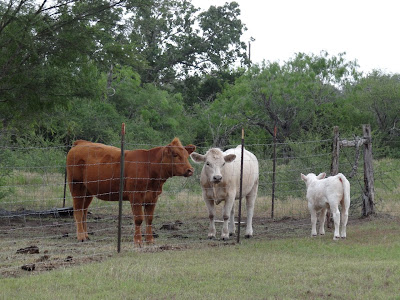 Loading up - my brother-in-law, Harold and Johnny as they try to work the twins into the cattle trailer. 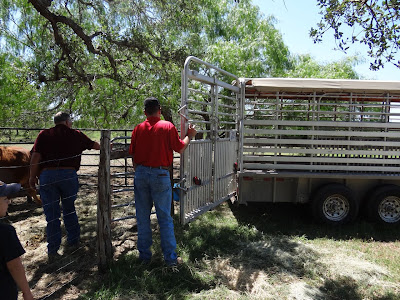 It only took a few minutes of cajoling to get them in there. 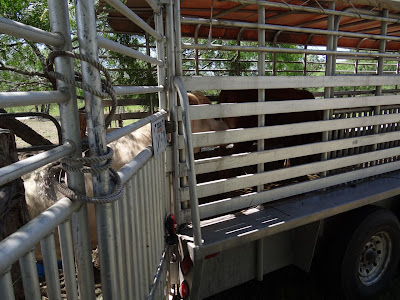 After arriving to the pasture in Mathis, it only took a few honks of the horn to "call" the other cows.  It's was interesting watching them - - as they watched us.  Haha! 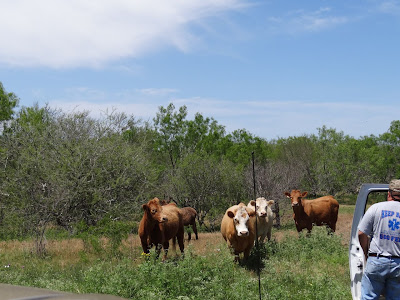 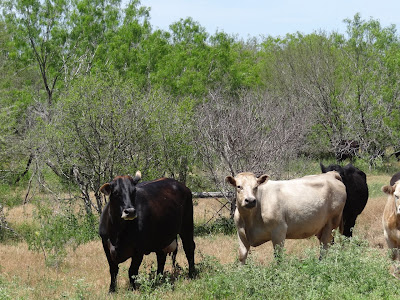 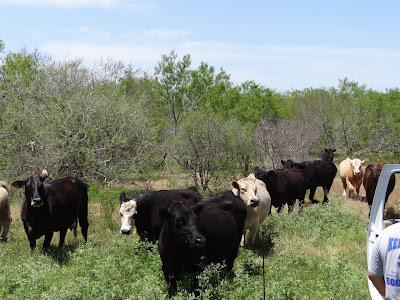 They were sure were curious about the trailer.  Or maybe it was our girls inside they were inspecting. 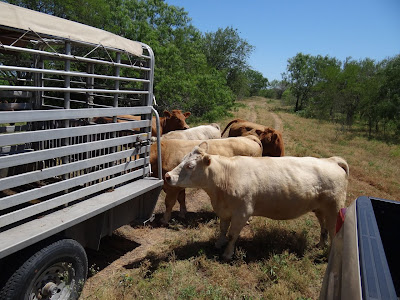 Once the guys unloaded the twins, it didn't take long for them to run off into the brush.  Ours are the one's in the center-right of the picture - the white and red one. 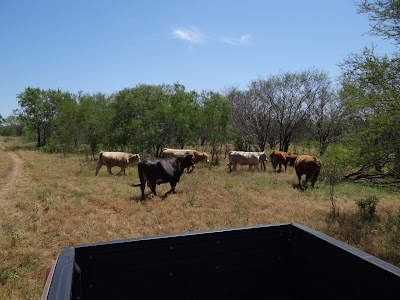 This heifer was a very curious one - came up close, checking us out. 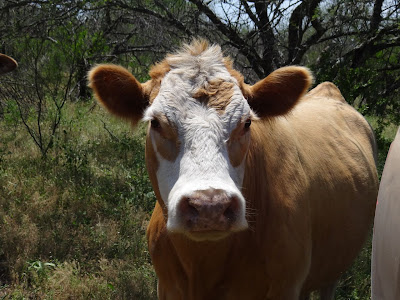 If I remember correctly, this is the momma to our twins.  I asked if they would remember each other, but the guys just shrugged their shoulders uncertain.  ;o) 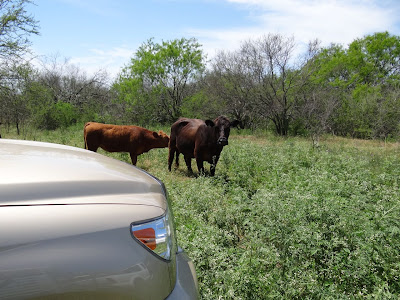 We followed them on down the road a piece to the water-hole.  Caleb wanted to see that they found the water. 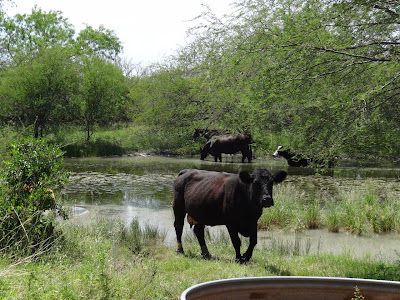 One donkey in the mix. 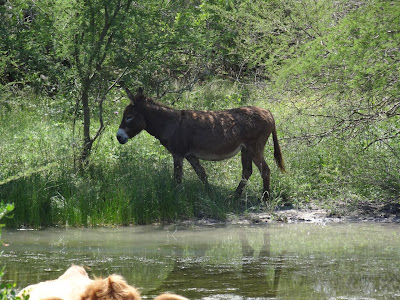 And here was our last peek at our twins before we left for home.  They found water and seemed to be pretty happy hanging out with each other, amongst the others. 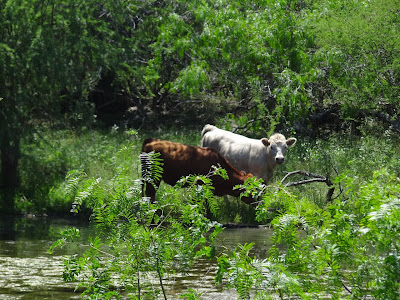 It's my understanding that we'll leave them there until August or early September.  It's important to move the cows out of that pasture land before deer hunting season starts.   Our goal is to drive out and make sure all are well about once every week or two.