Randy just loves drama.  Well, the theatrical sort.  Here is a costume he made for homecoming week at school. 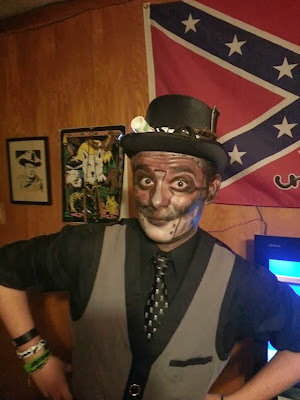 Here he is playing William Shakespeare for the lead role in a play at school.  I paid an extra $10 for a table near the stage.  What I did not know, was that we were to be placed at the table that Randy was acting at.  It took me a few minutes to realize that my son, was actually William.  Now, when I look at him, I see it straight away.  But, that night, I did not notice. 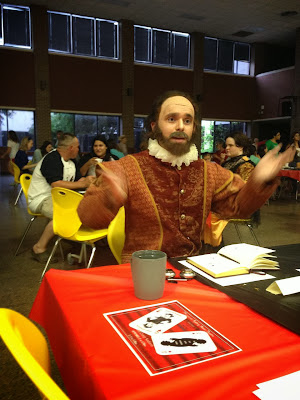 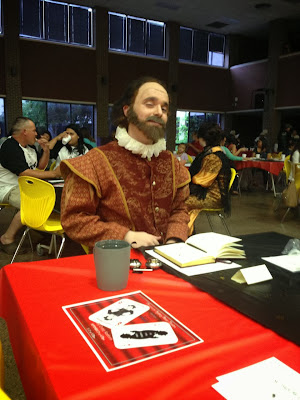 In one of the scenes, William was in trouble and took refuge under the table.  I put my phone under there and snapped a picture of him.  :) 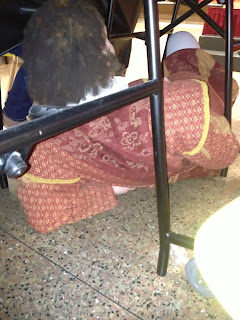 This is at the end where they all come forward to receive their applause. 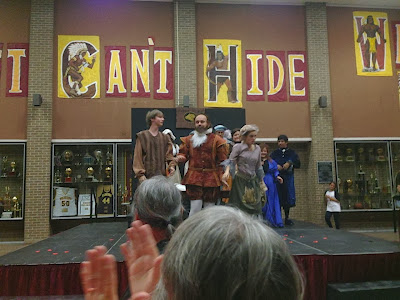 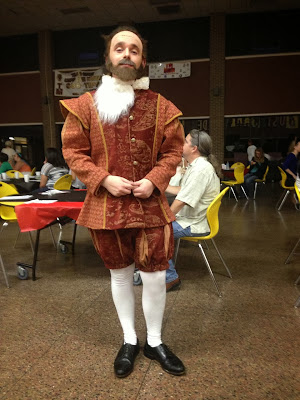 I stole these last two pictures from his step-mom.  She posted them on facebook and I nabbed them because the night we went they did not have this available for pic's. 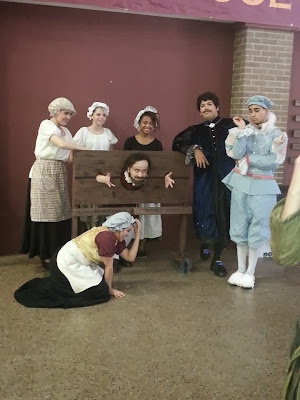 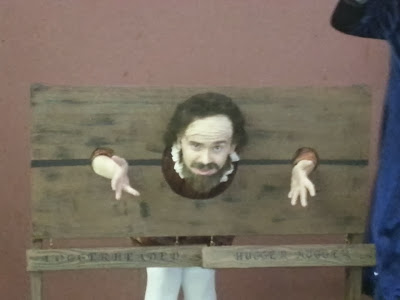 Here is Randy's costume for Halloween.  He sure loves messing with the war paint doesn't he?  I have to say, he's getting quite good.  Even if the mom in me isn't quite fond of creepy looking skeletons.... (I love you, Randy.) 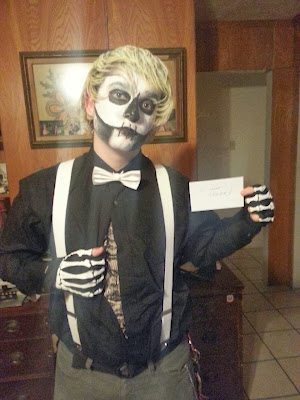 I truly am proud of all of Randy's accomplishments in Theater.  :)