Today's game ended with a score of 6-2.   I'm so proud of Caleb.  He played his best game ever.  We can thank Uncle Harold for that.  Caleb woke up this morning worried about playing in the mud.  Uncle Harold told him it would be his best game ever because no one would know what way he was going, except himself.

Here's our MVP scoring his 1st goal of the game.......I loved watching his fist pump when he would score a goal! 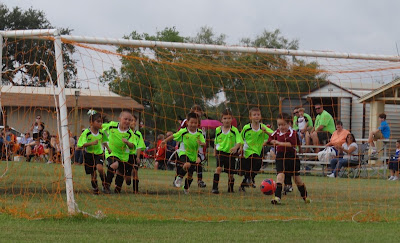 Here's Caleb on a "drive" down the field.  The little girl behind him had a great game, too.  She scored two of the teams goals!!  And she said she didn't want to play in the mud.  There's just something about it being okay to play in the mud and knowing you're not gonna get in trouble when it's over!  Ha ha!! 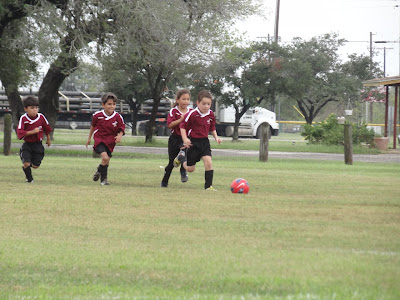 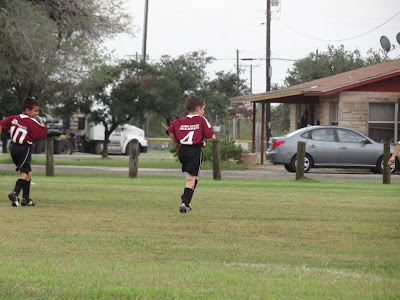 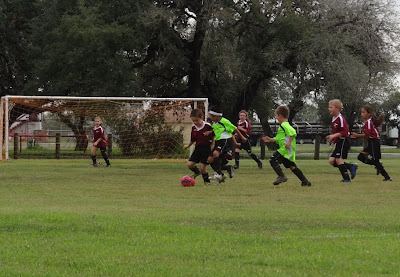 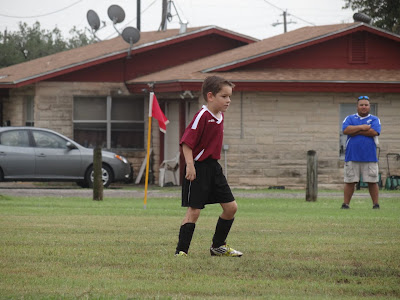 Look at that mud!!  There were some places that the ball would just splat and not even roll!! 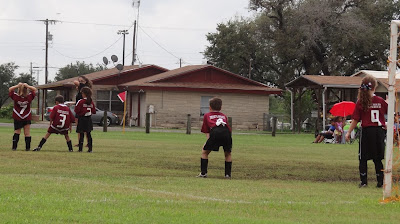 My muddy guy!!  Look at that smile! 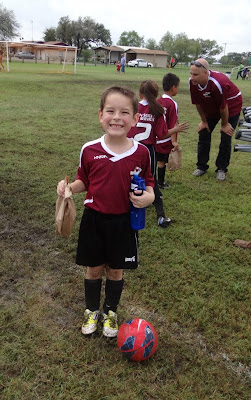 He even had mud on his face!! 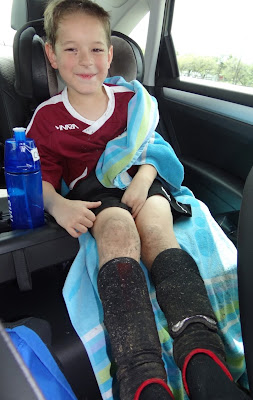 Lots of mud and water, but the kids seemed to really have a ball.

Til next weeks game!
God bless,