September 29, 2010 marks a significant day in the life of my parents.  It was that day they were flooded out of their home and lost nearly everything.  The point of this blog though has to do with the loss of their Christmas decorations/ornaments.  Christmas 2010 was a sad one.  They were living in a home, with the barest of necessities.  So, Christmas tree ornaments were not a priority.

In November of this year, 2011, my dad asked all of us to make homemade ornaments for mom.  Buying would have been nice as there are definitely pretty ornaments out there, but homemade would offer that extra bit of love to each one.

I decided to make salt dough ornaments and some with popsicle sticks.  With the help of Caleb, Randy, & Allie, we had quite a variety for her. 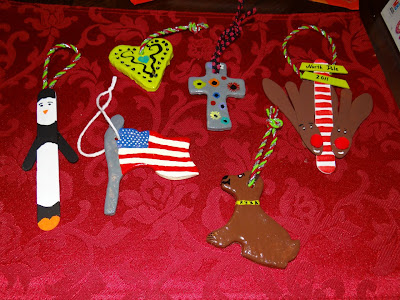 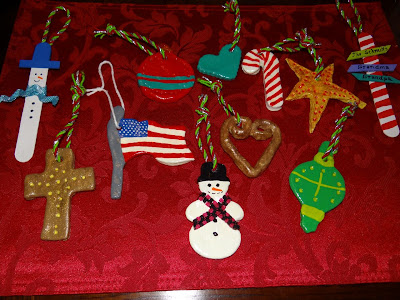 The salt dough ornaments were really a trial and error process.  If you look in the center, you'll see the flag ornament.  Allie painted this one beautifully for mom.  It was the prettiest ornament on the tray at the time.  I bought some decopage type stuff to seal the ornaments and preserve them.  Only the stuff I bought didn't work.  Unfortunately, I didn't even think and just smeared that stuff on Allie's beautiful flag.  Within seconds I knew it was ruined.  The plus side to this story?  Well, after the decopage stuff dried, Aaron peeled it off like a layer of skin.  The colors Allie had used, stained the dough.  So, after it dried, I repainted it as Allie had the first time.  I later bought the RIGHT stuff and we were able to shine up and preserve the ornaments for future use.  ;o) 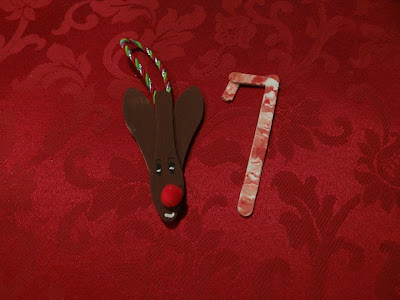 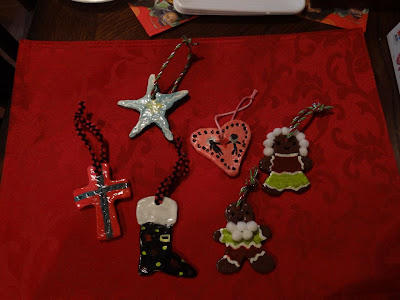 Here are some pictures from the day..... 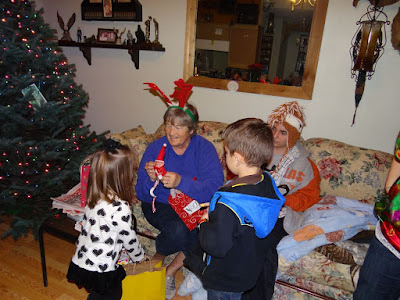 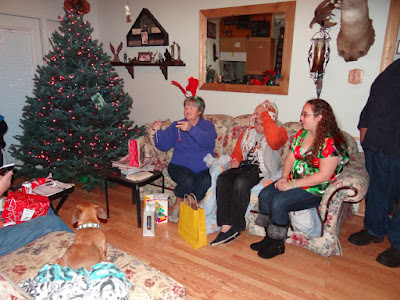 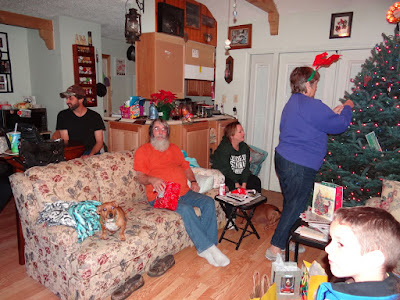 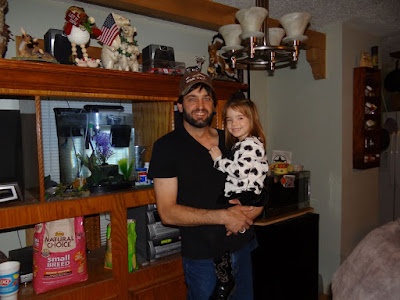 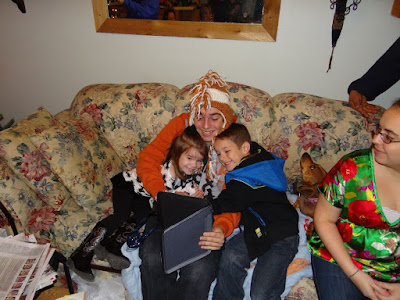 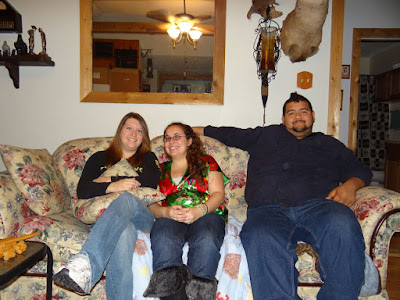 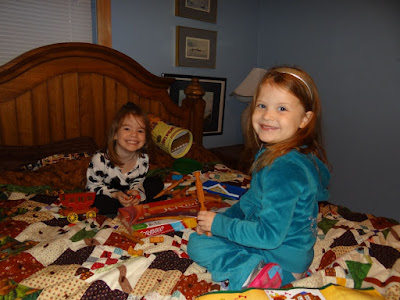 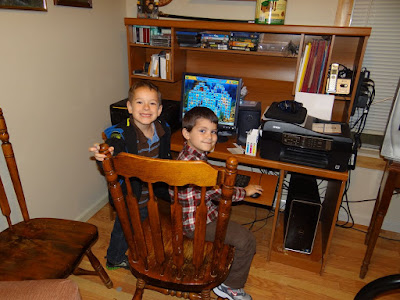 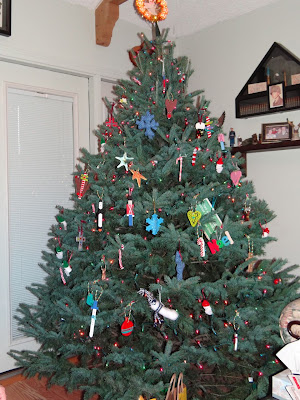 It was so cool to surprise her.  Just doing something to bless someone else was such a nice feeling...Look at how full of ornaments the tree is!!