Decorating eggs around Easter time has been a tradition in my house for as long as I can remember.  Since it is something Sissy enjoys doing also, she has continued that tradition with us even though she has her own home now.  I think Caleb looks forward to decorating eggs with her every year.  Sometimes Randy is with us when we are decorating, but he was in school this time so we had to go on without him.

This was a new technique that Sissy and Caleb tried.  I think they decided it was an epic fail.  You were supposed to shred crayons and melt them on the hot eggs.  Didn't work quite like the box showed it would.  So.... 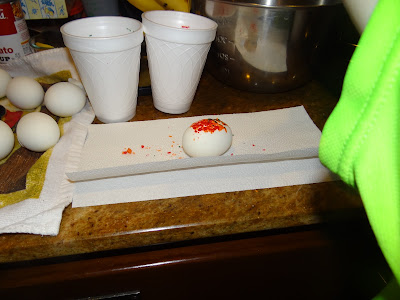 They moved on to the old tried-and-true method and had much more success. 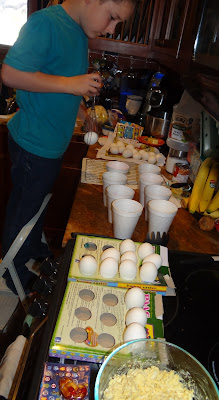 Even Chev was "coloring eggs," even though he didn't really seem to care a whole lot about what was happening.  But, I'm quite sure his opinion will change once he gets a little bigger and can actually get "in" on the action.  Can you say eyelashes?  Lucky guy! 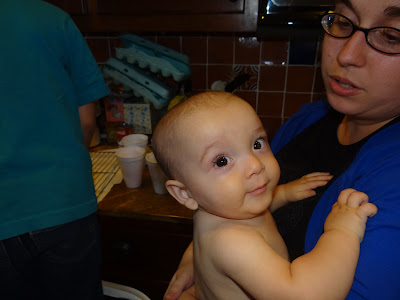 Here they are, with more eggs in the dye. 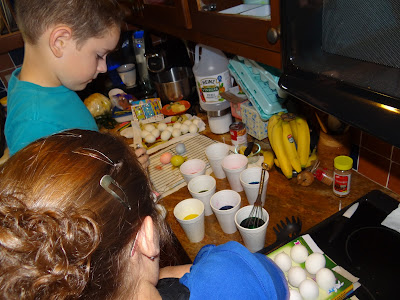 An up-close pic of Sis trying to use a whisk to get the eggs in an out.  I"m not sure how that went.  I should have asked her.  I think it was a good idea, but if I remember right, after a few eggs they were just using a spoon to get them in and out. 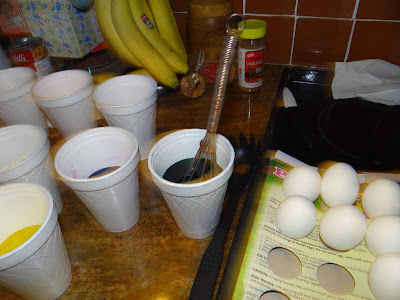 Some of the finished product.  Caleb accidentally tossed two of the dye tablets into the same cup.  SO, they created a funky green color.  It didn't stop them from using it.  Two of the eggs to the left are colored with it. 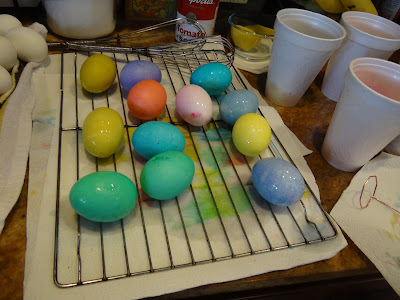 And here is Caleb's SPECIAL egg with the Iron Man mask.  No one was allowed to eat the egg.  It was eventually thrown away because it had been in the fridge so long.....He was okay with that because I kept the mask for him. 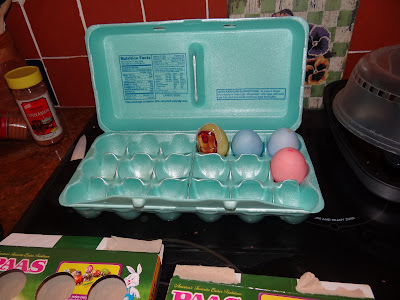 I pray your Easter season was a blessed one, as was ours.